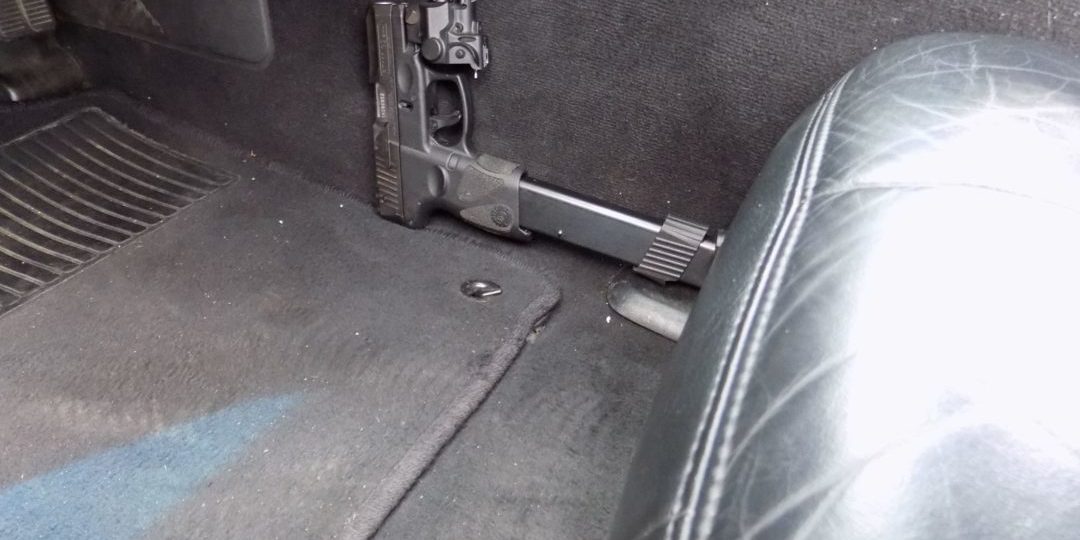 While many of us were enjoying Easter with our families yesterday, Precinct 6 Deputies were hard at work keeping our community safe!

Yesterday, at approximately 3:12 pm, Deputy Macias was dispatched to a disturbance with a weapon call near the 7100 block of Avenue N.

Deputies spoke with the victims who stated that the suspects drove to their house in a car and pointed a weapon with a laser at them. The victims gave a description of the suspect’s vehicle and Deputies patrolled the area in search of the car.

A vehicle matching the description given was found near Avenue P and Deputies conducted a traffic stop. After approaching the vehicle, Deputies could see a weapon in plain view on the floor of the car. The vehicle had two occupants and Deputies detained both of them while they finished their investigation. The weapon found in the vehicle was a 9mm pistol with 17 live rounds.

The victims were able to positively identify the driver as the one that had pointed the pistol at them. The D.A. accepted charges of Aggravated Assault with a Weapon and Unlawful Possession of a Firearm on the first suspect, due to the suspect being a convicted felon. The second suspect was released on scene.