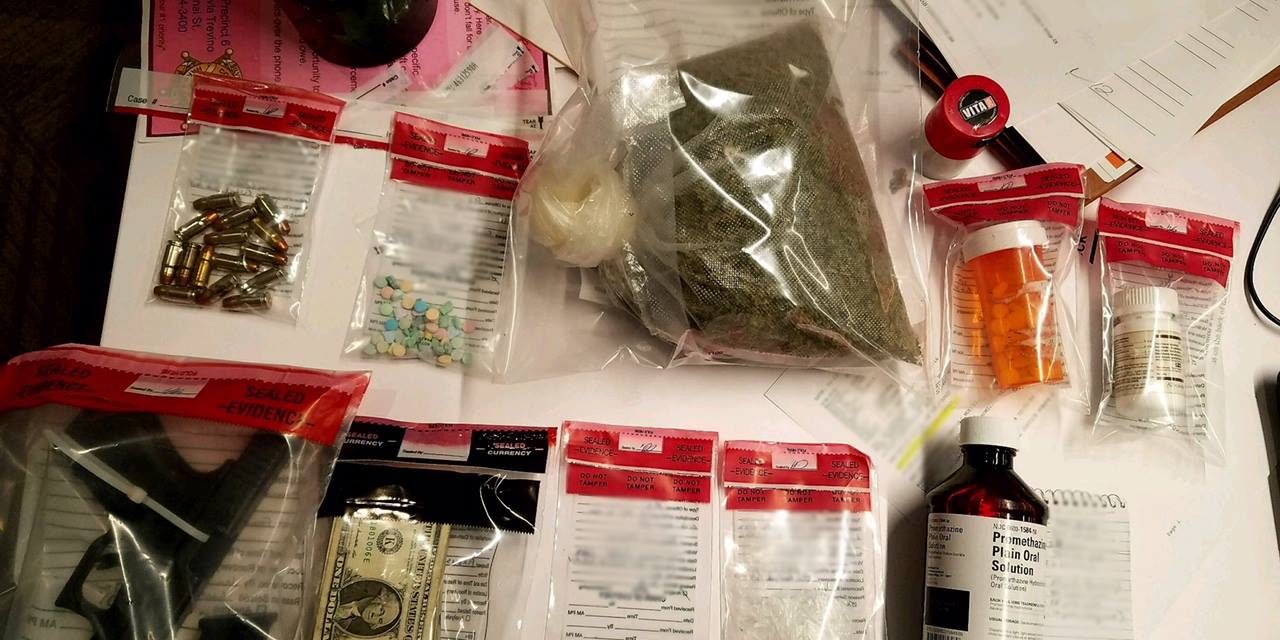 At approximately 9:05 pm, Sergeant Castillo was conducting a business check at a Gulfgate store. While at the store, Deputies were advised that there was a fight in progress at a nearby store. Upon arrival, Deputies saw six males outside of the store and two were arguing with each other.
Sergeant Castillo told the suspects multiple times to put their hands on the vehicle near them but two suspects proceeded to enter a parked vehicle, which in the investigation was found to belong to the arrested suspect.

Deputies conducted a pat down on some of the suspects and the arrested suspect was found to have a large amount of cash on his person. While deputies were conducting the pat down search, other Deputies ordered the other two suspects to exit the vehicle. As the suspect opened the door of the vehicle, Deputies observed in clear view a clear plastic baggie containing Marijuana, a clear plastic baggie containing small round blue pills and an orange prescription bottle with the label scratched off containing several multi-colored pills.

A search of the suspect, the vehicle and a bag inside of the vehicle led to the discovery of the following:

Charges of Possession of a Controlled Substance with Intent to Deliver and Felon in Possession of a Weapon on the one suspect were accepted by the District Attorney’s Office. All other suspects were released and the arrested suspect’s vehicle was towed.

I would also like to thank the witnesses that saw the fight in progress and alerted Deputies.