At approximately 2:37am, Deputy Delgado conducted a park check at Brookline Park. Upon arrival, Deputy Delgado observed a car parked on the side street and two males sitting at a picnic table in the park. After approaching the two males, Deputy Delgado could smell burning Marijuana and saw a blunt on the table in plain sight. One suspect refused to stand up when asked and continuously refused to comply when Deputies tried to detain him. Both suspects were eventually detained and Deputies searched the scene. Upon further investigation, a J.C. Higgins .22 cal pistol was found in plain view inside the vehicle. A black Glock .40 cal Handgun was also found, thrown behind a bush several feet away from the car. Once the suspects gave consent for the vehicle to be searched, Deputy Guerrero found a small backpack next to the revolver containing 10 clear packages of Marijuana.

The Assistant District Attorney accepted a charge on one suspect for Unlawful Carry of a Weapon due to the Marijuana in the vehicle and a charge of Interfering with Public Duties on the second suspect.

Public Safety Is Our #1 Priority!
If You See Something, Say Something, 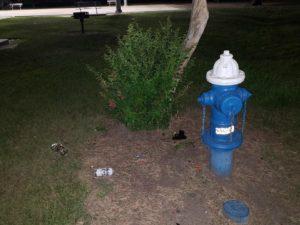 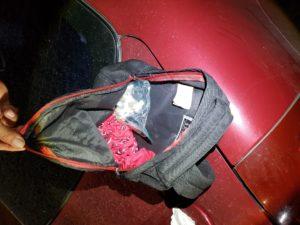