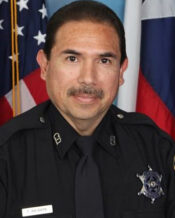 Sergeant Tomas Infante died from complications as the result of contracting COVID-19 while assigned to provide security and crowd control for a Back to School Giveaway at Morales Funeral Home at 2901 Canal Street in Houston.

Sergeant Infante had served with the Harris County Constable’s Office – Precinct 6 for almost 12 years. He is survived by his two sons. 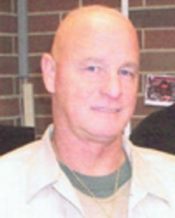 Despite being critically wounded, Corporal returned fire and killed the suspect. Corporal Thielepape was transported to a local hospital where he remained until passing away without ever fully regaining consciousness.

Corporal Thilelepape had served with the Harris County Precinct 6 Constable’s Office for 12 years. He is survived by his son, two grandchildren, mother, and three sisters. 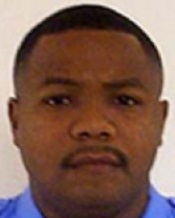 Reserve Deputy Nehemiah Pickens was shot and killed by a Harris County Sheriff’s Deputy when he was mistaken for an armed suspect during a foot pursuit.

Deputies from the Harris County Sheriff’s Office had chased a vehicle to an apartment complex where Pickens was working a second job as a plain clothes security guard.

When Pickens observed the suspect flee from his vehicle on foot, he immediately drew his weapon and began to pursue the suspect. One of the Sheriff’s Deputies observed Pickens chasing the suspect and, not knowing he was a law enforcement officer, ordered him to drop his weapon.

When Pickens did not drop his weapon, the Deputy Sheriff opened fire, striking him four times. The suspect who was being chased continued to flee but was arrested a short time later. He was not charged in connection with the shooting of Pickens, but was charged with several crimes in connection with the original pursuit.

Reserve Deputy Pickens had served with the Harris County Precinct 6 Constable’s Office for 4 years. He is survived by his wife, two daughters, and stepdaughter. 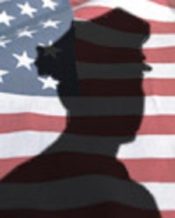 On January 6, 1978, Deputy Constable Lieutenant Albert C. Wilkins was on duty in uniform working an extra job at the Stock Exchange club located at 5405 Griggs Road in Houston, Texas. Lieutenant Wilkins was working to provide security for the nightclub. At approximately 1:15 a.m. the manager of the club went to the men’s restroom and found a man dressed in a gray suit there. The manager told this man that the club was closing and it was time for him to leave. The man went toward the front door and the manager thought he had left and went outside.

All three suspects got the money bag from Lieutenant Wilkins and attempted to flee the scene, but they were met by police officers from the Houston Police Department in the parking lot. A gun battle ensued and one of the suspects was shot and killed by responding officers. The second suspect attempted to flee, but was captured by the officers. The third suspect ran out of the door, but was wounded by the officers in another gun battle. He was able to get away, but was later arrested at a hospital seeking medical attention for his gunshot wound to the buttock area.

Lieutenant Wilkins was rushed to Ben Taub Hospital where he later died from his wounds.

Paul Rougeau was arrested and charged with Capital Murder of a Peace Officer for the murder of Lieutenant Wilkins. He was tried and found guilty and received the death penalty. He was later executed in the Texas Department of Criminal Justice. Lieutenant was a brave officer who gave his life while in the performance of his duties as a law enforcement officer for the Precinct 6 Harris County Constable’s Office.

Albert Charles Wilkins was born in Texas on July 24, 1920. He was appointed as a Reserve Deputy Constable for Precinct 6 Harris Count Constable’s Office in 1961. He had attained the rank of Lieutenant.

Early in the morning on Thursday, September 13, 1923 Federal Prohibition Agent Keller Hines and his brother Frank D. Hines, had stopped a car traveling into Houston from Galveston, Texas for being in possession of bootleg whiskey in their car. The federal agents began transferring the whiskey from the suspect’s car to their car to be tagged as evidence.

According to an eyewitness, Mr. T. L. Veal stated that he and deputy Constable W. Emory Hicks were staying together in the Harrisburg Precinct building. He continued to say that Deputy hicks was on duty that night when he received a call early in the morning hours on Thursday, September 13, 1923 about two cars with someone standing by them unloading bootleg whiskey into them on the Houston/Galveston Road at the Sims Bayou Bridge.

Deputy Hicks deputized Mr. Veal and they proceeded to the location of the two cars. Upon arrival, Deputy Hicks and Mr. Veal saw two cars on the side of the road with four men outside of the cars loading whiskey from one car to another. As Deputy Hicks stepped from the car he was shot in the abdomen with one shot from a rifle by Keller Hines. Deputy Hicks grabbed his gun and returned the gunfire. An ensuing gun battle took place, which left Mr. Veal shot in both legs.

Keller Hines, a federal prohibition agent, was shot in the foot. His brother, Frank D. Hines was shot in the hand and side. The suspects carrying the bootleg whiskey did not suffer any injuries at all.

Deputy Hicks was taken to St. Joseph’s Infirmary for medical attention by the Fodle-West Ambulance Company. Deputy Hicks was immediately taken into surgery upon his arrival to the hospital. He was very weak because he had lost so much blood. After the surgery, Deputy Hicks began to respond to the medical treatment. late in the afternoon on Friday, September 14, 1923, Deputy Hicks took a down turn in his medical condition. At 7:25 p.m., Deputy Hicks died from his mortal wound to the abdomen.

Because of the complexity of this case, five different local, state, and federal law enforcement agencies began to investigate the shooting death of Deputy Hicks. As a result of the investigation, it was determined that the gun battle was the result of mistaken identity and no charges would likely be filed in the case.

The investigation continued. On Saturday, September 14, 1923 Sheriff T.A. Binford filed a murder charge on the United States Federal Agent, Keller Hines. District Attorney J. Dixie Smith of Harris County stated that there were so many conflicting statements concerning the shooting of Deputy Hicks it was best to file the charge and have an examining trial to determine the truth of what happened on the day of the shooting.

Deputy Constable W. Emory Hicks was a brave man who gave his life while in the performance of his duties as a law enforcement officer for Harris County, Texas.

W. Emory Hicks was born in April of 1896. He had lived in the Houston area most of his life. He became a Deputy Constable for the Harrisburg Precinct of the Harris County Constable’s Office. He served in that capacity until his death while in the performance of his duties on September 14, 1923. He was about 27 years old at the time of his death.

On Thursday, June 6, 1912 Constable James Singleton and Deputy Constable John Murphey were on duty patrolling the Harrisburg Precinct. At approximately 10:00 p.m. the officers were riding their motorcycles when they began to pursue a speeding car. While attempting to stop the speeding car, a car traveling in the opposite direction turned in front of the two motorcycle officers causing the officers to strike the car broadside. Both officers were seriously injured and taken to the Houston Infirmary Hospital for treatment. Constable Singleton was the most seriously injured suffering from internal injuries, a broken leg, a broken arm, and numerous cuts and bruises on his scalp and body. Deputy Murphey suffered a crushed knee cap, fracture of the skull, a scalp wound, a badly swollen chest, and numerous cuts and bruises. Neither of the officers were expected to live.

On Saturday, June 8, 1912 at approximately 6:45 a.m., Constable Singleton died as a result of the massive injuries to his body.

Deputy Murphey’s condition later improved and he continued to recover from his injuries.

Constable Singleton was a brave man who paid the supreme sacrifice while in the performance of his official duties as Constable of the Harrisburg Precinct in Harris County, Texas.