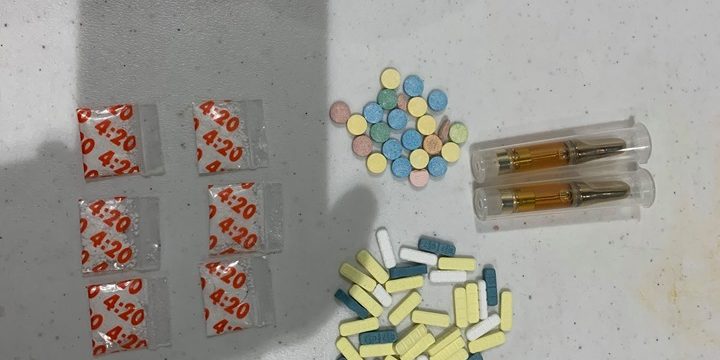 On May 12th, Deputies observed a vehicle stopped in a moving lane of traffic near the 4100 block of Lyons Avenue. The traffic light turned green but the vehicle remained stationary. Deputy Reed and Deputy Hernandez initiated a traffic stop on the vehicle and the vehicle began accelerating at a high rate of speed. The vehicle finally came to a stop and the driver fled on foot. The passenger remained in the vehicle and deputies were able to detain her, but not the driver. Upon further investigation, deputies found 39 Xanax pills, 23 Ecstasy pills, 6 baggies of Cocaine, 2 THC Vapor Cartridges, and a single baggie of Rock Cocaine. The female suspect identified the driver as her boyfriend.

The District Attorney’s Office accepted a charge for Possession of a Controlled Substance on the female passenger. The female suspect was transported and booked into the Harris County Joint Processing Center.